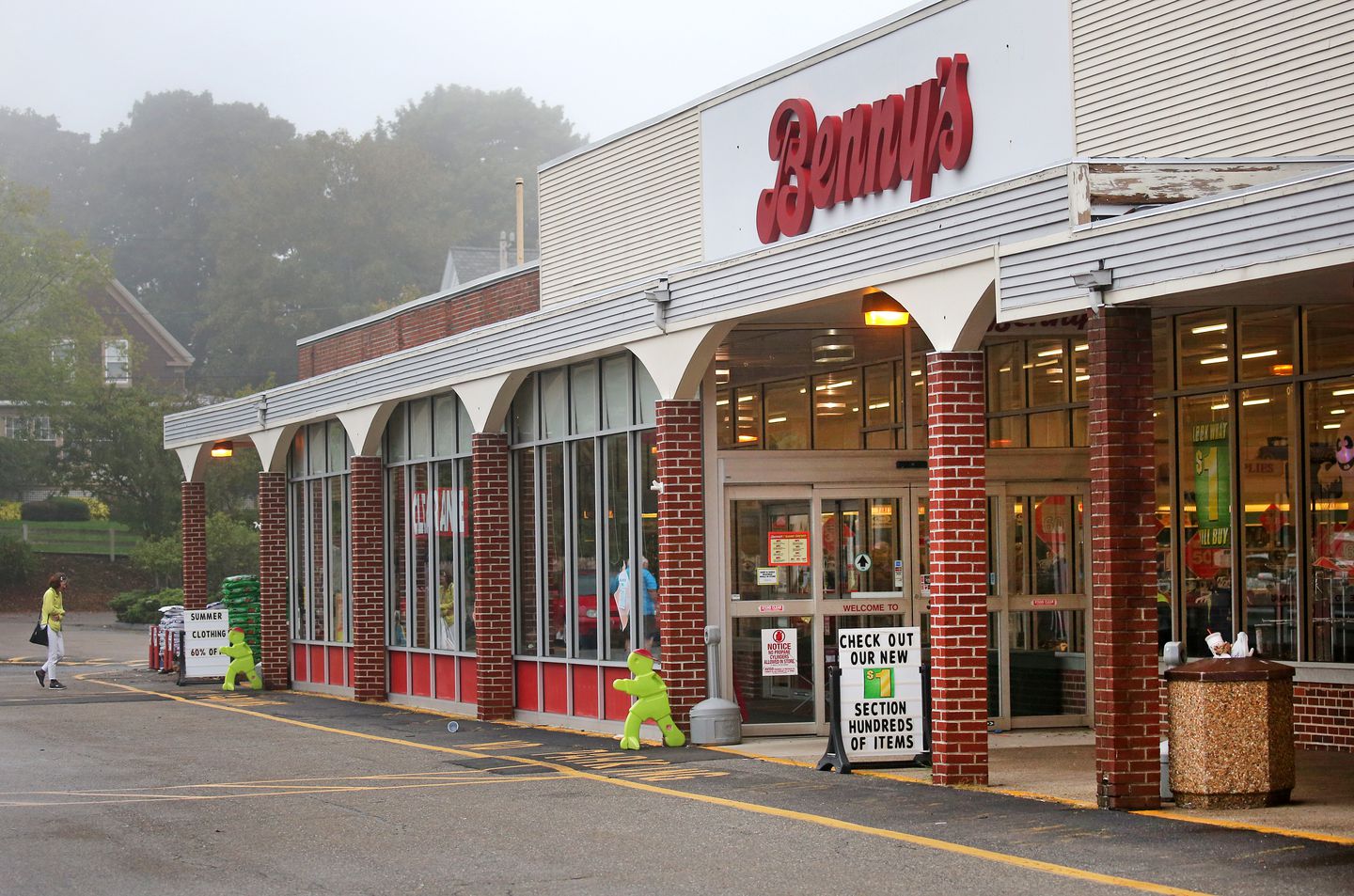 JOHNSTON, R.I. — For two years now, Rhode Islanders have driven by the shuttered stores they once counted on for tires and lawn bags, bikes and baseball gloves, and they’ve wondered: What’s going where Benny’s used to be?

Now, the answer is becoming clear, as the Johnston-based Carpionato Group development company has leased three-quarters of the 29 properties that it bought from Benny’s, Carpionato President Kelly M. Coates said last week.

So far, Dollar General stores are the most common successor to Benny’s, the iconic Rhode Island-based retailer that closed up shop in 2017 after 93 years of business.

A Dollar General has replaced a Benny’s in East Providence, there are two Dollar General stores in Seekonk, Mass., and one each in Mansfield, North Attleborough, and Dartmouth, Mass., according to Peter Flynn, Carpionato’s director of leasing.

Ace Hardware stores have opened next to the Dollar General stores at both Seekonk sites. Ocean State Job Lot is in the former Benny’s stores in Cranston, Warwick and Wakefield; O’Reilly Auto Parts is in Wareham and Fairhaven, Mass.; Harbor Freight Tools is in Raynham and East Wareham, Mass.; Dollar Tree is in Cranston; and Dave’s Fresh Marketplace is in Warwick.

Also, some of the former Benny’s stores are being converted into medical offices and urgent care centers. “We are finding there is more demand in the medical field for these properties, and we are actively pursuing medical uses,” Flynn said.

Of the 29 former Benny’s stores, 14 are in Rhode Island, nine are in Massachusetts, and five are in Connecticut. Carpionato sold one of the Rhode Island sites to Ocean State Job Lot.

“I’m a Rhode Islander,” Coates said. “I miss the Benny’s in my neighborhood in Warwick. However, the new tenants are excellent retailers and, in general, they are providing the same services as Benny’s. We are replacing parking lots, clearing up the locations. Times change.”

In all, the Carpionato Group will invest $70 million to $100 million in fixing up the former Benny’s stores, and those projects are employing about 350 construction workers, Coates said.

Many of the Benny’s stores dated back to the 1950s and 1960s and needed updates to ensure they meet current fire codes, building codes and the Americans with Disabilities Act, he said.

“We are breathing new life into them,” said Joe Pierek, Carpionato’s vice president of retail leasing and acquisitions.

Coates predicted the new stores and medical offices will end up employing more people than the Benny’s stores. He said the company tried to help former Benny’s employees find jobs at the new stores, and Ocean State Job Lot hired some of the former employees.

In Providence, Carpionato is planning to lease the former Benny’s on Branch Avenue to small retail tenants, which Coates declined to identify. The company plans to place medical offices in the nearby mill building, which once served as the Benny’s distribution center and has more recently housed Providence Picture Frame & Dryden Gallery, he said.

Last week, the Board of Elections voted to lease a new headquarters in Cranston for nearly $6 million over 10 years — despite a pending lawsuit and questions about leaving the rent-free, state-owned building on Branch Avenue.