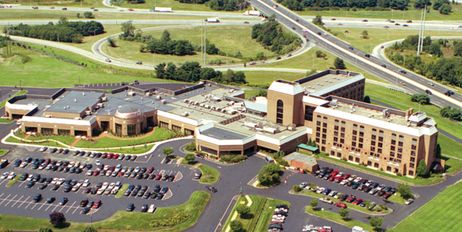 WARWICK, R.I. — A $48-million office and medical services complex is planned for the property that is home to the Crowne Plaza complex, the developers said Tuesday.

The project, by Warwick Hotel Associates, includes a 100-room addition to the Plaza and three office buildings, including a 35,000-square-foot medical facility that state Rep. Joseph McNamara said will usher medical tourism to the region. Medical tourism refers to patients who travel out of state to receive medical care, from surgery to pain management.

A law written by McNamara and approved by the legislature three years ago makes it easier for medical service companies to move here by removing regulatory hurdles. Before the bill was passed, medical services companies had to prove there was a need, a lengthy process that could be costly, McNamara said. His bill exempts from the certificate of need any medical business that has more than 50 percent of its patients coming from out of state.

"We're attractive for medical tourism because, number one, we have an airport with a people mover that can bring people from the airport to practically the front door of a hotel," McNamara said. "Number two, we have modern infrastructure, our train service. And number three, Rhode Island has an excellent reputation for medical service. "

Medical tourism, he said, has a multiplier effect, which means that other businesses, such as the hospitality industry, will benefit from the patients who travel here for care. The local hotels, however, might need to train their staff to respond to the special needs of medical tourists.

Kelly Coates, senior vice president of the Carpionato Group that owns Warwick Hotel, said he can't confirm the name of the medical company that is moving into the complex but said an announcement will be made within the month.

When the project is completely built, it will encompass 120,000 square feet of retail and commercial space in addition to the 100 rooms at the Crowne Plaza.

Carpionato already owns the majority of the site, which is bound by Routes 95, 113 and 5. Five acres are owned by the state and Coates said that that land is under a purchase-and-sale agreement with the state. This parcel will need to be rezoned for commercial use, he said.

"It will be a company similar to them," Coates said. "It will be oriented to high-technology."
Carpionato hopes to break ground on the project this summer with a phased-in opening the following summer.